Posted by Wilkins Micawber at 00:01 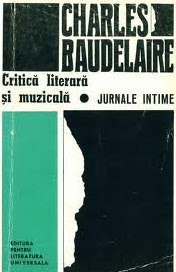 He had never had the courage to plunge into this bath of promiscuity in order to hear Berlioz; some fragments of whom had nevertheless won his admiration by their high-wrought passion and abounding fire, while he realized with no less perspicacity that there was not a scene, not a phrase in any opera of the mighty Wagner that could be detached from its context without ruining it.

The scraps thus cut from the whole and served up at a concert lost all meaning, all sense, for, like the chapters in a book that mutually complete each other and all concur to bring about the same conclusion, the same final effect, his melodies were used by Wagner to define the character of his personages, to incarnate their thoughts, to express their motives, visible or secret, and their ingenious and persistent repetitions were only intelligible for an audience which followed the subject from its first opening and watched the characters grow little by little more clearly defined, observed them develop in surroundings from which they could not be separated without seeing them perish like branches severed from a tree.

So Des Esseintes thought, convinced that of all the horde of melomaniacs who every Sunday fell into ecstasies on the benches, twenty at most knew the score the musicians were massacring, when the box-openers were kind enough to hold their tongues and let the orchestra be heard.
The circumstance also being remembered that the intelligent patriotism of the French nation forbade the production of an opera of Wagner's at a Paris theatre, there was nothing left for the curious amateur who is unskilled in the arcana of music and cannot or will not travel to Bayreuth, save to stay at home, and that was the reasonable course Des Esseintes had adopted.

On another side, more popular, easier music and detached morceaux taken from the old-fashioned operas scarcely appealed to him; the trivial tunes of Auber and Boieldieu, of Adam and Flotow, and the commonplaces of musical rhetoric favoured by Ambroise Thomas, Bazin and their like repelled him just as much as the antiquated sentimentalities and cheap graces of the Italian composers. He had therefore resolutely refused to have anything to do with music, and for all the years this renunciation lasted, he found nothing to look back upon with any pleasure save a few chamber concerts at which he had heard Beethoven and above all Schumann and Schubert, who had stimulated his nerves as keenly as the most telling and tragical poems of Edgar Allan Poe.